« on: February 13, 2018, 06:42:50 PM »
The Infinix Hot S3 which is the official update to the S2 Pro just like Tecno Camon CM comes with a Full View display. It boasts of a Qualcomm Snapdragon chip and is the first Infinix smartphone to come with the processor from Qualcomm. 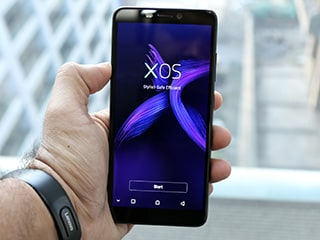 Infinix Hot S3 comes with a major reduction in bezels, which the company failed to actualize with the Zero 5. Infinix S3 isn't as bezel-less as the Galaxy S8 or even the iPhone X but there is a little reduction in bezels compared to their previous smartphones from the S series.

The 5.7-inch IPS LCD capacitive touchscreen has a brilliant HD+ resolution with a better screen-to- body ratio of around 81%. The pixel per inch density is more than 300, with more than 70% screen to body ratio as well. A key innovative feature of the Infinix Hot S3 is the 18:9 aspect ratio.

Infinix hot S3 has a plastic back and the rear camera has been moved to the top left. It possesses a rear fingerprint scanner as well for fast access to the phone and private apps.

The phone according to reviews from many looks more beutiful than other S series smartphone from Infinix.

For an efficient smartphone experience, the device is powered by a Qualcomm Snapdragon 430 chipset. Smartphone producers are steadily dropping the MediaTek chipsets for Qualcommâ€™s Snapdragon and Infinix followed.

The Qualcomm Snapdragon chip on the Infinix S3 is an octa-core processor. The processor should reach a speed of 1.4 GHz, giving you a smooth ride with your smartphone. In terms of internal storage and RAM, it comes with 32GB and 3GB respectively.

At the back of the device is a 13MP rear shooter coupled with a dual- LED flash. For selfies, thereâ€™s a single 20MP selfie camera with a soft dual-LED flash as well.

The device has a Non- Removable Li-Ion 4000mAh battery. Itâ€™s fast charging feature isn't accertain, but going with their previous smartphones, this is expected.

Infinix S3 availaability in Nigeria isn't known. However, it has been launched in India at around Rs. 8,999 for the 3GB RAM/32GB ROM and Rs. 10,999 for the 4GB RAM and 64GB ROM. Change the figure with the exchange rate and get the estimate of how it will cost in Nigeria when it starts selling.