« on: October 09, 2020, 04:35:10 PM »
The Google Pixel 5 is the newest flagship launch from Google, and its launch was announced at the company's Launch Night in Livestream event alongside the Google Pixel 4a 5G, Google Nest Audio, and Chromecast with Google TV. This new flagship creation from Google is, in some way, an upgrade on the Google Pixel 4 in terms of its battery and camera.

Although looked at in another light, the Google Pixel 5 is also a downgrade of the Pixel 4 as it lacks some great features seen in the Pixel 4. Let's put that aside because, in this article, we will be looking at how this new flagship design looks, it's the price and the specifications that you're to expect from it. 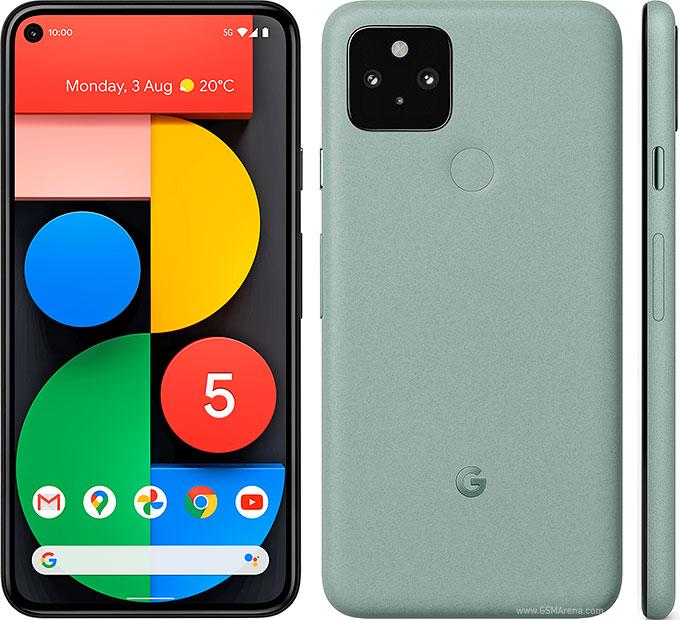 In terms of design, all the modern handsets that give a great movie view are remarkably simple and minimalist, featuring small hole-punch front-facing cameras and tiny bezels encircling the display. You've virtually seen Google Pixel 5 if you have already seen Google-branded phones in the last year or two. There is a rear-mounted Pixel Imprint fingerprint sensor on the back and a square camera module packing dual optics on the back of the Pixel 5.

Regarding the Pixel 5 design, a couple of small details need to be pointed out. The housing of the Pixel 5 is crafted from recycled aluminum, although the cheaper devices of the company have been known to employ matte polycarbonate for their bodies. While the Pixel 4a series is not IP68 water-resistant, this device is. The slightly-speckled luster both colorways (Just Black and Sorta Sage) of the Pixel 5 features differentiates it from Google's lesser phones.

It is rare to find metal-bodied phones because wireless charging is typically impeded by metal, forcing manufacturers to use glass or plastic instead. It is an impressive feat that despite the aluminum shell of this device, Google has been able to find a way to pull off wireless charging. The complete absence of a top bezel in the Pixel 5 is another critical characteristic you can note that's related to the device's appearance because that's where the 3D Face Unlock and Soli gesture-sensing radar technology of the Pixel 4 was formerly housed.

Compared to last year's release, Google Pixel 4 hasn't changed much with regards to the display front, which is 6-inch and a display panel of full-HD OLED, which is way better compared to that of the Pixel 4.

Google Pixel 5 also features the 90Hz refresh rate, which was previously featured in Pixel 4. This feature here offers a nice bonus and a noticeable bump in the phone's general usability and smoothness without the battery draining excessively like the 120Hz does.

Google relies mostly on software enhancements to ensure its output is continually improved. The Google Pixel 5 features a camera system that is both familiar and new for handsets produced by Google, and that is the dual-lens camera system. In the Pixel brand, the primary 12.2-megapixel lens is a mainstay fin, and since the days of the Pixel 2, it has been in existence. This device's secondary shooter is a new 16-MP ultra-wide camera that replaces the telephoto lens featured in last year's Pixel version, Google Pixel 4.

Pixel 5 still benefits from Google's Super Res Zoom technology even without the presence of a telephoto, which, without losing detail, employs artificial intelligence to zoom digitally. Google's Super Res Zoom can produce some astonishing results that are sometimes difficult to distinguish from what you would normally get from an optical zoom. For this reason, it is not a total loss that the device lacks a dedicated optic for close-ups. The very same pairing seen in the Pixel 5's cameras can as well be found in the Pixel 4a 5G, so there's nothing exclusive to this device.

Software-wise, Google added Night Sight to the Portrait Mode and a new Portrait Light feature so you can get the chance to adjust the light striking your face, even after taking the shot. Also, adding Portrait Light effects to all photos you may have taken years ago will be possible via the Google Photos app. For those who often find their pictures ruined due to shaky hands, Google will be offering three new video stabilization modes that will be of great help.

The previous Pixel phones developed had always had problems concerning the battery department, but hopefully, the 4,000-mAh power pack (in addition to the more efficient-tuned Snapdragon 765G silicon) of the Google Pixel 5 will go a long way to put an end to those concerns. Compared to the battery featured in the Pixel 4, that is a gigantic increase of 1,200 mAh.

For charging, the Pixel 5 employs an 18-watts USB PD technology for wired charging and up to 10-watts for wireless charging. To ensure you're able to top up other devices (like a pair of Pixel buds) by simply placing them on your Pixel 5's back, it supports reverse wireless charging.

Samsung Galaxy S20 FE Price and Availability
When you purchase the Google Pixel 5, it will be unlocked, and then you can take it to any carrier of your choice or through Verizon, US Cellular, and Google Fi. Google Pixel 5 costs about $699 (which is approximately 308,000 Naira).

The launch of the Google Pixel 5 was on September 30, 2020, and it is expected to be released for purchase on October 15, 2020. Currently, this phone is available on pre-order from the Google Store and will ship in October. It is available in only two colors â€” Just Black and Sorta Sage.

The things below include some of the Google Pixel 5 specifications: