« Last post by Everest on January 27, 2023, 10:58:33 PM »
MAFAB Communications, the second 5G licensee, has begun offering service. The company's services were available in Abuja on Tuesday and then in Lagos the day before yesterday. They want to expand to four other cities in Nigeria soon. 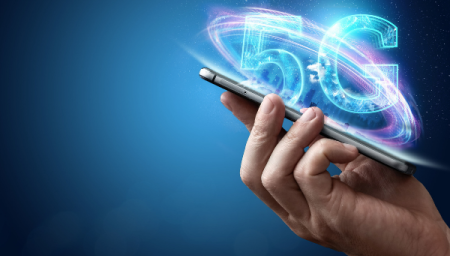 Port Harcourt, Enugu, Kano, and Kaduna are just some of the cities included, and it's hoped that the entire country will eventually be covered.

Mafab, established in 2020 and granted a telecoms license by the Nigerian Communications Commission, NCC, surprised the market by competing for the 5G license in December 2021 with industry giants like MTN and Airtel and winning one of the two spots. But for whatever reason, it didn't begin offering its services until last Tuesday, a full year later. In contrast, Dr Mushabu Bashir, the company's chairman, claims his organization has taken a bold stance to assist in establishing Nigeria as a major player in international telecommunications.

The governor of Lagos State, Babajide Sanwo Olu, reiterated this sentiment, adding that the launch was a significant step forward in developing the country's information and communication technologies.

They both agreed that 5G technology is more than just a mobile network; it also represents a new culture and a new era of connectivity in which billions of devices exchange data and infuse intelligence into everyday life, resulting in new, intelligent systems that can contribute to the development of advanced manufacturing models.

It is no secret that nations who can give their citizens the newest network infrastructure, which the 5G technology symbolizes, will also be the ones that grow in the following years," Bashir remarked in his opening address. They are the ones who will be able to keep up with the competition and set the pace for innovation, all while providing tangible advantages to the country's population. Thus, I am confident that our people and country have exceptionally bright futures thanks to the advent of the 5G infrastructure.

Because of the positive effects the technology will have on the value chain, more employment possibilities will likely become available. For the sake of this vision, we have come together today.

"The fifth-generation wireless network (5G) is more than simply a mobile system; it heralds the beginning of a new age of connection in which billions of gadgets share information and adds layers of intelligence to our daily lives. It facilitates the birth of novel intelligent systems and may contribute to the evolution of cutting-edge production techniques. The value-chain advantages that this technology will create and provide will lead to an increase in employment prospects. For the sake of this vision, we have come together today. The inauguration of Mcom 5G signals the beginning of the enormous potential for the country, with the ultimate goal of facilitating connection for a digital future.

Mcom is the second Nigerian telecom company to provide 5G services, and its executives say they anticipate improved coverage and faster broadband speeds.

To put things in perspective, we will significantly impact the development and implementation of new technologies, elevating Nigeria from a passive consumer to an active participant in the global technological community. This development will also help our nation establish itself as a leading centre for technology in Africa and beyond. It's been said before, but it's worth repeating: Nigeria's 5G network will usher in many new business opportunities, allowing companies across industries to expand their reach and efficiency rapidly. This is especially true in the areas of education, medicine, engineering, security, banking, small and medium-sized enterprises (SMEs), smart cities, transportation, entertainment, and the broader effort to ensure that every Nigerian i.e.

Though fresh to the telecommunications business, MAFAB Communications Limited has achieved a major technological milestone with the introduction of the 5G Network," Governor Babajide Sanwolu remarked in his opening remarks at the event. I'd want to thank them for their hard work in developing and releasing this cutting-edge technology, which far surpasses the capabilities of the 4G network.