« Last post by Everest on April 11, 2021, 11:53:11 AM »
I first heard the word Torrent back in the days when I used to search for some files that are not publically available to download but the obvious truth is that I don't really know what they meant by Torrent files or even know how it works. You might be just like me a few years ago who desires to know more about the Torrent file and how it works.


A torrent file is a file where the torrent technology is transferring from users. The torrent file name is.torrent. Torrent files can be spread among a large number of users when connected to a torrent program without requiring a significant hardware expense or a single person's server fee. This is because each user provides users with bits without these specific bits of the complete torrent file when getting bits they do not have yet. This allows for relatively rapid sharing of torrent files.

The history and existence of Torrent Technology

Bram Cohen designed and created Torrent technology for the first time in April 2001. It was first published on 2 July 2001, after months of growth. The technology from Cohens is widely used today. Although no precise metrics are available, it is now known as one of the protocols most used on the Internet.

What is Torrent Filescompared to HTTP Files

While torrent files and their distribution are technically a network transfer of files, they have advantages over traditional HTTP downloading. To begin, web browsers can make a single HTTP GET request via a single TCP socket while downloading files. Torrent directories, on the other hand, allow a large number of small data requests over a large number of TCP sockets. Furthermore, HTTP downloads in sequential order; however, torrents download in a random order, with whatever is of high availability being downloaded first.

It's precisely why torrent files have their strengths; they may not require much financial remedy, they have greater redundancy and a stronger resistance than what HTTPS might be common to future flash crowd violence. But there is a downside, as with anything.

Surprisingly, many people and some companies use torrent files nowadays.

A user searches first for torrent files via the internet. The user can access it with a torrent program and connect the tracker until a torrent file is received. The user then starts to import seeders and the hive, a community of peers. If there is a seeder, the user connects to the seeder directly and begins to import it, but ultimately begins exchanging files with other peers as well.

While torrent files seem to be another excellent way to transfer and transfer content, they have some restrictions, such as security problems.

=> IP address Exposed: torrent files can lead to anonymity problems, as it is possible to find and misuse all IP addresses of current or potentially previous swarm users

=> Internet speeds: it is better to use broadband when sharing torrent data, such that the torrent technology cannot benefit completely from dial-up users.

=> Leeching problem: It doesn't have many incentives behind exchanging torrent files, while it is fine. There is also no particular need to seed after the download is completed. Any torrent sites to resolve this problem

There are both high-quality open source and paid items for downloading torrent files on the current market.

=> BitTorrent: BitTorrent is Bram Cohen's first legal torrent client. It can be supported in big operating systems like Windows, Apple and Linux.

=> Azureus, a well-known torrent client launched in June 2003 in SourceForge. Azureus is a free, continuously developed torrent client and published under the GNU General Public License.
6

Bank/Money / CBN Loans: How To Register For The CBN/NIRSAL Relieve Loan For Household, SMEs

« Last post by Asphalt on April 07, 2021, 08:03:24 PM »
The Central Bank of Nigeria has reactivated the portal for it's NIRSAL COVID-19 loan meant as a relieve for Micro, Small and Medium Enterprises (MSMEs). This stimulus package goes a long way to help businesses as well as homes which are affected by the Coronavirus pandemic to stay afloat during this extremely adverse economic situation.

Due to the country's response to Covid-19 in April 2020 by imposing a nationwide lockdown, the Nigerian economy witnessed a decline of 4.3% although growth returned in first quarter of 2021, with a 2.5% increase projected for 2022. Although being the biggest economy in Africa, the country is much dependent on oil sales, and the fall in its price due to a declining demand for it resulted in a plunge in the country's GDP.

This has been reflective in the economic welfare of the people. The poor became poorer while the economic fortunes of most â€˜well-to-doâ€™ individuals changed due to loss of job, business down swings, while comfortable companies saw their revenues take a dip. Startup firms were not spared by this encircling bad economy. These businesses had to either look for ways of funding, preferably through loans or risk getting into extinction. The federal government through the Nigeria Incentive-Based Risk Sharing system for Agricultural Lending (NIRSAL) platform offers to support households and Micro, Small, and Medium Enterprises (MSMEs) impacted by the pandemic with such loan packages.


These packages accessed directly under the guidelines of the Central Bank of Nigeria provides succour to homes while helping businesses who could prove they were negatively affected by the pandemic also are offered an opportunity of a loan package. It should be noted that the scheme encompasses agricultural value chain activities, hospitality (accommodation and food services), health (pharmaceuticals and medicals supplies), airline service providers, manufacturing/value addition, trading and any other income generating activities as specified by the CBN.


Like every other loan schemes, CBN offers loans to customers at a defined interest rate, amount and duration. The Interest rate penciled by the apex bank for the scheme is 5% per year, although this rate was for loans doled out before 1st March 2021. The new obtainable rate is 9% per year for all category of loans.


For the NIRSAL relieve loan, households are able to access up to N3 million while SMEs can access a maximum of N25 million after some number of factors have been considered. The amount obtainable by firms is hitched on the activity, cashflow and industry/segment size of the beneficiary. A limit of a maximum of 25% of the average of the previous 3 yearsâ€™ annual turnover of the enterprise or business is placed if the purpose of obtaining the loan is to be used as working capital. For enterprises or businesses who are yet to be up to 3 years in operation, 25% of the previous yearsâ€™ turnover is needed in determining what they get.


The capital offered are for a maximum period of twelve months with no option of rollover. The loan repayment is based on the nature of the business, as outlined in the application page. This is to be in instalments.

Those eligible for the loan 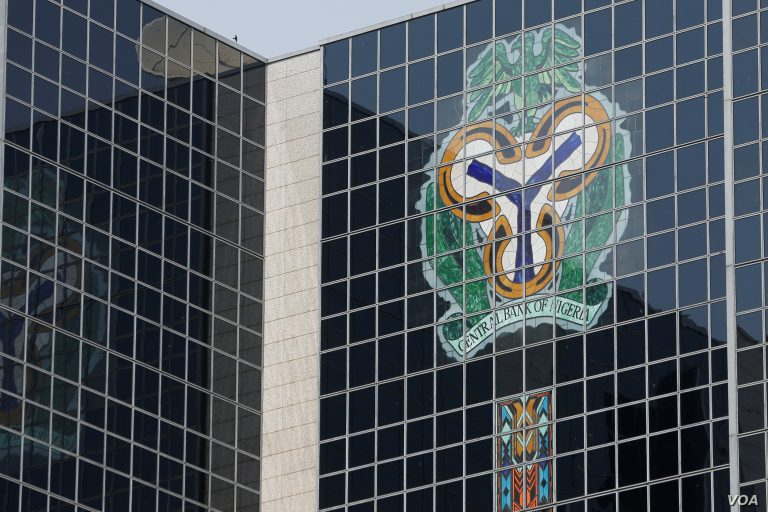 Households who could tender a verifiable proof of being adversely afflicted by the impact of COVID-19 get to enjoy this credit.


Furthermore, Microenterprises and SMEs with verifiable evidence of business activities adversely affected as a result of the COVID-19 pandemic could apply for the loan.


Collateral required for the loan

The following would be required of individuals or firms hoping to get a loan through this initiative.

How To Apply For The Loan

The steps to apply for the CBN/NIRSAL relieve loan are lucid and clear-cut. Households, MSMEs and corporate entities who are eligible for the loan are to submit applications directly to NIRSAL Microfinance Bank. Needed within the application include a BVN Number, business registration (where applicable) and a business plan which has included a plan of the opportunity or adverse impact as a result of COVID-19.

The Central bank serves as an avenue for the disbursement of loans to eligible individuals and businesses. The Apex bank is saddled with the duty of regulating microfinance credits in Nigeria for the federal government.