Apps/Software / (Must Read) Is it safe to use free VPN in Nigeria? Use Cheap $1 VPN instead

« Last post by Everest on June 13, 2021, 12:16:39 PM »
The banning of Twitter in Nigeria has recently sparked the demand and use of VPN in Nigeria, However, most of us are only interested to find the best free VPN apps and providers because not everyone is willing to pay for good VPN services despite the affordability of most VPN plans from numerous providers.

Well, I knew about VPN a long time ago and have been using it when necessary and not just to access my Twitter account but while sourcing for a free VPN there are few things you must know. Undeniably, there are hundreds of VPN apps in the Google play store and as well as web-based and software VPN available to be used for free without paying a kobo.

Don't get so excited yet until you find out the danger you might be putting yourself while using a free VPN to access the internet, remember, nothing good comes easy and if you can actually use such services for free then there is something they are not telling you but guess what, I don't mind sharing that secretes with you because you deserve to know and your safety and privacy means everything.

Why do you even need a VPN to access the internet?

Let's face it, why do we even need a VPN to access the internet, what are the advantages, firstly, VPN is an abbreviation of (Virtual Private Network) designed to help you mask your identity while surfing on the internet. A VPN is mainly used by does who knows the risk and challenges on the internet and wish to secure their connection and become untraceable. Below are the main benefits of VPN.


The advantage of accessing the internet with a virtual private network (VPN) are many and what listed above are just a few of them. In this modern age, everyone should be using a VPN to access the internet because the threat is becoming obvious as we embrace more technology.

There are 2 types of VPN services, paid and free VPN and the main reason I have decided to write about this is to tell you the danger you are putting yourself when you use a free VPN to access the internet because it actually not free

And ask again Is it safe to use free VPN in Nigeria?

Using a paid VPN means that you are free from certain threat and challenges that those people a free VPN are facing and if you really care to know the risk you are putting yourself while using a free VPN then check out these 6 reasons why you should opt for a paid VPN for total security and privacy.

1. They are in control of your data

You might think that you are enjoying a free VPN service while it's actually not free, however, the safety of citizens online is the priority of many governments across the world. They can keep track of their citizens, monitor possible threats, and hunt down gangs, criminals, terrorists, and others in this way.

Many people, such as the 5/9/14 Eyes surveillance coalition, simply want as much data as they can get their hands on. The 14 Eyes alliance is made up of 14 countries that all collect and share data about internet users. Data demands are common for VPNs in their territories, whether premium or free. The difference is that most premium VPNs don't keep any logs, thus they have nothing to give up. With free VPNs, this is not the case.

2. With a free VPN, your data can be logged and sold for profit

A free VPN can indeed provide reasonable protection (depending on the service) and assist you in hiding from external threats. What about the service itself, though? Free VPNs must find other ways to fund themselves because they do not get money from their users. They frequently end up logging and selling your personal information, such as your location, browsing history, and so on. They won't say so outright, but their privacy policy may state that they have the right to do so.

Who doesn't enjoy the word "free?" It doesn't matter which nation you visit; if you ask people if they prefer free things, they must all respond in the same way. It is, in fact, a widely held belief among individuals all across the world. However, sacrificing your privacy and security to save a few dollars is not a good idea.

If you Google "the best 20-50 VPNs," you'll find that at least 40% of them come with malware pre-installed. Yes, you heard me correctly: malware capable of destroying an organization's whole network and spreading sensitive data.

You might be wondering how the corporation uses malware in its products. Most free VPNs include advertising banners, which we call Malware. A typical user would not be able to tell, and this is how the corporation profited from it. They provide free VPN trials to consumers who already have a virus kit installed, and when the consumers use the software, all of their data is sent to the firm.

4. You can get into trouble while using a free VPN

A VPN, in most cases, leverages our internet connection to access everything on the internet. But this isn't always the case with free VPNs, and there are a few more variables to consider when discussing a VPN's workflow.

A free VPN takes advantage of your internet connection to allow other users to access the internet. Perhaps some of you are thinking that the most dangerous aspect of this situation is the use of internet protocol. Well, it isn't as simple as it appears, and there is a very significant issue that you must be aware of. Let's break this down into simple terms using an example.

Assume you're watching internet videos with XYZ free VPN photostream. However, the VPN is simultaneously offering your internet connection to that user who is actively engaged in unlawful internet activities. If the person who is using your internet protocol takes stuff from government websites and the officers hunt for the IP and source, you will be the one who is arrested.

Because the attacker exploited your IP address to compromise government security, therefore you are to blame. Thousands of free VPN users are experiencing the same issue, and they have no idea who is interfering with their IP address.

In most cases, free VPN Providers don't actually, have their own servers, Everything is expensive, and purchasing and maintaining servers is no exception. Free VPNs, on the other hand, frequently employ servers that are owned by other parties. Essentially, another company controls the servers and rents them out to other businesses, such as free VPNs.

However, there is no guarantee that they will respect VPN customers' privacy, and you never know who else may be monitoring the data saved on the server. It's terrible enough that the VPN is storing it and using it anyway it pleases. You don't have to risk your data falling under the control of a third party that you or the government itself don't know about.

6. Government can easily track you

We understand the meaning of Virtual Private Network and they are meant to secure and protect us from the online threat but most times the software or app you use as the free VPN is actually the major threat you have to deal with. Although we indicated that certain services provide adequate security, this is not the case for all of them.

Some employ shoddy protocols and encryption that has been decrypted numerous times in the past. This means that even if your data is encrypted, you could be exposed if it is taken. Hackers are notorious for attempting to steal and sell such information, or for misusing it themselves, whether to carry out larger hacks or to steal your money and personal information.

In addition, VPNs slow down your internet connection. This is true for both paid and free services. Premium VPNs, on the other hand, often have a considerably lesser influence, and you might not even notice the difference if you have faster bandwidth. Your speeds will be severely hampered if you use free services. Streaming or downloading content may be a difficult and irritating experience in many circumstances.

Not to mention that their networks aren't always reliable, so slower speeds may be the least of your worries. Due to overcrowding on servers, downtime is a distinct possibility.

How much does a Premuim VPN cost in Nigeria?

You can read: Cheapest VPN at $1.88 per month from Namecheap

This guide will not be complete if I don't share more light about the cost of VPN subscriptions in Nigeria and the companies that offer premium VPN services in Nigeria. However, there are hundreds of premium VPN providers that you can use to secure your presence online but you need to differentiate the best providers from the regular providers.

What makes VPN services is the best is the features it offers and never forget the main aim of using a VPN (Security and Privacy), So while making that choice, look for the providers that offer added security you need. However, when it comes to price, a VPN service is not that expensive and can be as cheap as $1 - $6 per month and between $12 - $35 per year. If you care more about online security and privacy then paying a few dollars for your safety shouldn't be a big deal.

I recommend the NameCheap Premium VPN plan that online cost you $12 per year which is actually a promo price, the actual price is $34,56 but you can seize this opportunity and pay only $12.Interestingly, if you don't know how the free VPN works and wish to practicalize it, then Namecheap offers a free one-month trial plan too. 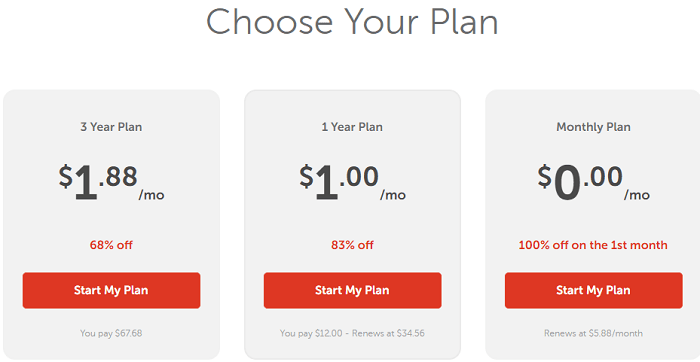 If you've read thus far, you've probably realized that free VPN causes more harm than good. It is preferable to not use a VPN than to utilize a free VPN. Free VPN is nearly the same as having no VPN. But, at the end of the day, the decision is yours to make. I believe we easily spend $50 on non-essential products, so why not on VPN? Many VPNs are reasonably priced; in fact, you can save even more money by using our top VPN packages.
2