« Last post by Asphalt on January 11, 2021, 11:29:37 PM »
GOtv is a pay television service owned by Multichoice, which itself is also the parent company of DSTV, another popular pay television. Unlike DSTV, GOtv employs the use of terrestrial TV protocols to broadcast its signals. Opting for terrestrial technology rather than satellite communication ensures the subscription cost is kept low although at an expense: an outlay of quality.

In terrestrial broadcast, audio and picture quality is lesser than the former. This makes GOtv a less favourable pay-tv service compared with those transmitted through satellites to earth dishes.

GOtv came into the Nigerian market much later than DSTV. The purpose of its introduction being to capture the market left behind by DSTV due to the latter's expensive subscription bouquets. Compared to DSTV subscription packages, GOtv subscriptions are way cheaper being that it uses terrestrial broadcast technology. Another reason GOtv's subscriptions are cheap is that certain premium sporting events aren't under those packages. This brings to bare the question whether GOtv do broadcast football and other sporting events like the English Premier League.


Although exclusive licence to broadcast the English premier league has been offered Supersport, a splinter company of Multichoice, the Supersport EPL channel has yet to be added to any of GOtv's package.

Notwithstanding, the â€˜Supersport footballâ€™ channel available in some of GOtv's packages broadcasts some premier league live matches, although not the cardinal ones. You wouldn't also be able to watch live UEFA champions league matches on any of GOtv's package as the â€˜SuperSport football plusâ€™ channel which broadcast such is unavailable in any of the packages.

A pay per view payment model in respect to broadcast communication implies that a subscriber gets charged based on channels viewed daily rather than by a mandatory periodic charge with no regard to whether you accessed your TV under the period. With a pay per view model you get served what you paid for during the period you so which.

Unfortunately, GOtv operates no such model. The only known broadcaster which offers such service is TSTV. Multichoice when encouraged to follow in same path argued that the model is unachievable because unlike in telecommunication which such is employed in call billing, being a one-way communication, there is no way broadcasters can determine whether subscribers are viewing a particular channel at an instant.


However, although there's no pay per view structure with GOtv, the subscription packages offered are quite affordable and all packed with exciting channels.


Before making a purchase and despite being in knowledge of the affordability of the packages compared to similar ones from other brands, it is sensible to get a review of those packages. Doing so would ensure you subscribe to the package which suits your need. The packages are as follows:

GOtv Max is the most pricey of all GOtv's monthly packages. It features five sports channels which are ESPN, SS football, SS Blitz, SS variety 3, and SS variety 4. These channels as explained above does broadcast live league matches but rarely features live EPL, Laliga, or UEFA champions league games.

For those 90 channels, costumers are to pay just N3,600 monthly.

The GOtv Jolli subscription package contains only 82 channels and is priced at N2,460 per month. The cheap pricing means subscribers are to acquaint themselves with only three sports channels.

There's no live English premiership to expect on this package, and it is also obvious there's no important live sporting events, if any, to be broadcasted on the few available football channels.

The full channels under the Jolli package includes:


Priced N1,640 per month, the GOtv Jinja package makes for an exciting and affordable bouquet. However, the sport channels have been reduced to just two while the music channel is only one.


The 57 channels are as follows:

Fully deserving of its name, the Smallie package is one for low budget subscribers who couldn't do without family entertainment. The package has in its pack channels which would deservedly have been free-to-air, by reason of the fact that licences are not paid for by the pay-tv company to broadcast them.

Subscribing to the yearly pack is much better and worthy a decision than going for the monthly pack. If the N6,200 subscription price is split into twelve month, each month's payment would have been about N500; a much discounted sum.


How To Subscribe/ Make Payment For Any Of GOtv's Bouquets


Subscribing to any of the above listed packages is easy, with different options made available to consider.

With your fund, head to any of GOtv's offices with your decoder's IUC number and request to make payment for a subscription.

You would be handed a receipt after making your payment, and your decoder would henceforth be activated for continued viewing.

Through The GOtv App

â€˜MyGOtvâ€™ is the pay-tv's self-service online-based application where several operations could be made without the services of GOtv staffs or representatives. One of such task is paying for a subscription, and that could be done by following the below steps:

Through Any Other Online Payment Options


Aside making a GOtv subscription through their dedicated app, there are other third party platforms which does same thing. They are:


How To Clear Gotv Errors


Errors regularly do hover on the screen of your TV set connected to a GOtv decoder. Most atimes, these errors come about due to no doings of yours. They could be cleared by following certain do-it-yourself instructions. Learn how to clear GOtv errors comfortably. 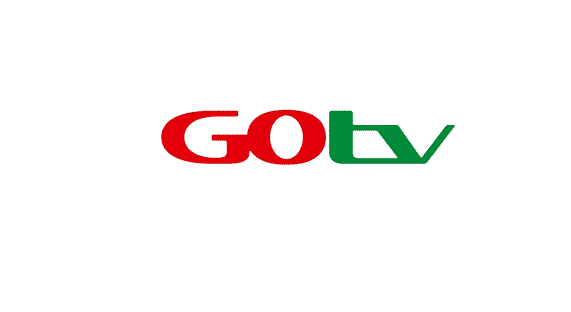 Complaints could be served GOtv Nigeria through the following mediums: